I spent the 23rd of February 2013 in Jamshedpur – India’s first planned city, which is named after the visionary founder of the House of Tata, Jamsetji Nusserwanji Tata.

I had flown down from New Delhi a day or two earlier, to be in Jamshedpur for a very special event on that day: the inauguration, by Poojya Swami Bhoomānandā Tirtha, of the Centre for Inner Resources Development (CIRD) in India’s premier Steel City. 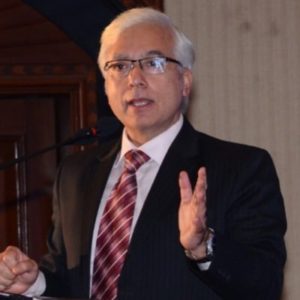 At around 5:00 pm the guests started to arrive. There were eminent citizens from Jamshedpur, visiting dignitaries from Cochin, Chennai, Ranchi, Kolkata, and New Delhi, and many devotees of Poojya Swamiji from Malaysia, the US and from the many metropolises within India. There was great enthusiasm and fervor amongst the guests as they took their seats in the Octagonal Hall on the west wing of the stately building that serves as the CIRD in Jamshedpur. As we all welcomed them, I felt good to be in the presence of so many people whose reverence, fondness and affection for Poojya Swami Bhoomānandā Tirtha ji, Mā Gurū Priyā and Swami Nirvisheshanandā ji was palpable.

My association with Jamshedpur, as also that of my wife Savita, has been a long and positive one.  We both came to Jamshedpur with our infant son Govind, in the summer of 1986, when I was asked to work with Tata Steel after my induction as an officer of the Tata Administrative Service.  At that time we couldn’t have imagined that we’d spend nearly 17 years in Jamshedpur, before moving on! Our daughter, Sampada who was born there considers the city ‘home’, and all of us have warm feelings for the place and its lovely people.

Two significant things about being in Jamshedpur made our stay there especially memorable and contributed to our growth and spiritual transformation.  The first was the realization that the vibrant, bustling city – which had originally been built by Tata Steel in the early part of the twentieth century – was a thriving tribute to the vision of Jamsetji Tata. Besides, his community-centric, and people-oriented principles of governance, had set the tone for responsible corporate citizenship, decades before such lofty ideas had even crossed the minds of businessmen in the developed world. These were inspiring ideas and spurred me to look at my role as an executive more holistically. The second, was getting to know Poojya Swamiji, Mā, and Nutan Swamiji.

Swami Bhoomānanda ji who has been visiting Jamshedpur regularly since 1962, already had a large group of devotees residing in the city by the time we met him. As we got acquainted with Swamiji, we were warmly welcomed into the midst of this energetic group of seekers of Brahma Vidyā. The community of sādhaks became part of our extended family. 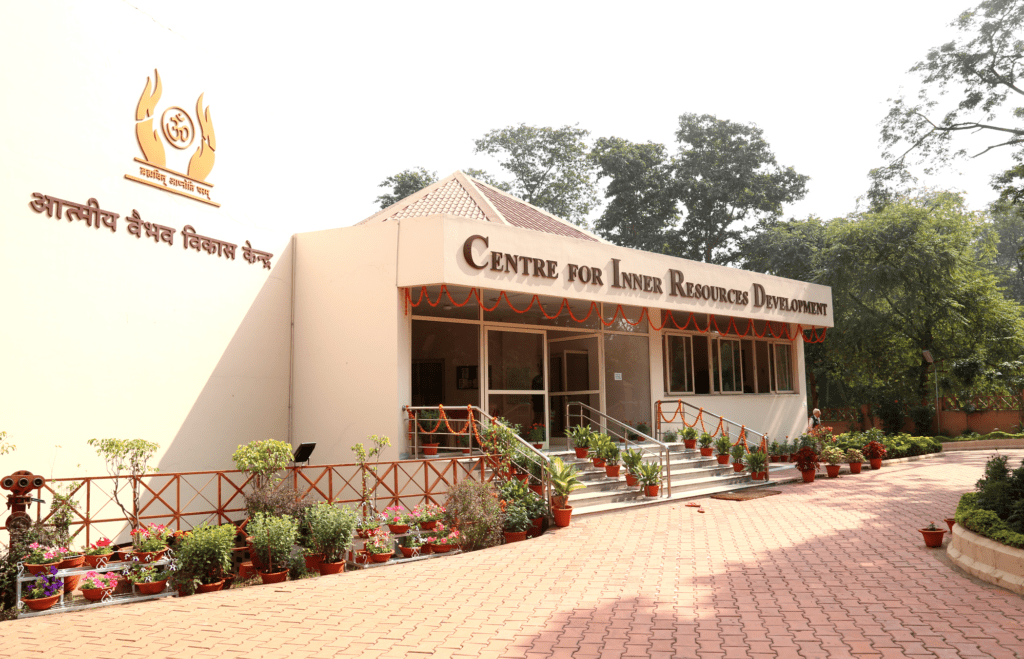 Poojya Swamiji’s talks have always been lucid, impactful and pointed. Listening to him in Jamshedpur, brought about a deeper understanding of the immeasurable power, and the vastness, of the mind. The very same mind that had enabled Jamsetji Tata to make his vision of enterprise manifest and ‘come alive’, was also within each of us, available to be harnessed for the development of one’s own self, and that of society.

When Swami ji had first come to Jamshedpur – at the invitation of some of his devotees – he had – with his uncanny perspicacity – underscored the importance of Jamshedpur. He knew it to be a place that could spawn engineers, managers and corporate leaders who, when imbued with a heightened consciousness, could transform the corporate landscape around the country.  How right Swami ji has been! Jamshedpur has been a fountainhead of talent and of standards of excellence and good governance in management. The city has had many leaders who’ve been touched and inspired by Swamiji, and who appreciate that some of the best, and most beneficial works for the greater good of all, come when we tap into the infinite depths of our Inner Resources.  Swamiji had envisioned therefore that the city should have its very own Centre for Inner Resources Development.

As I sat within the Octagonal Hall, awaiting the arrival of Poojya Swamiji for the inaugural proceedings, it dawned on me that here again was an edifice that reflected the Power of Poojya Swamiji’s Magnificent Intention!

Poojya Swami ji finally lit the large brass lamp – to start the formal proceedings – and after being seated, had invited the over 280 seated guests to chant the monosyllable “om” along with him. It was a deeply inspiring moment as the jam-packed Octagonal Hall reverberated with the sonorous vibrations of the timeless mantra.

That night I shed happy tears. I knew that all great human projects – those that are beneficial and wholesome – come from the seeds that germinate in the magnificence of one’s mind – which is one’s own Divine Source. Now Jamshedpur too was blessed to have its own Centre for Inner Resources Development, which would stimulate many thousands more to understand this Great Secret, lucidly enshrined in the eighteen chapters of the Bhagavad Gita.